Radio is the master of reinvention 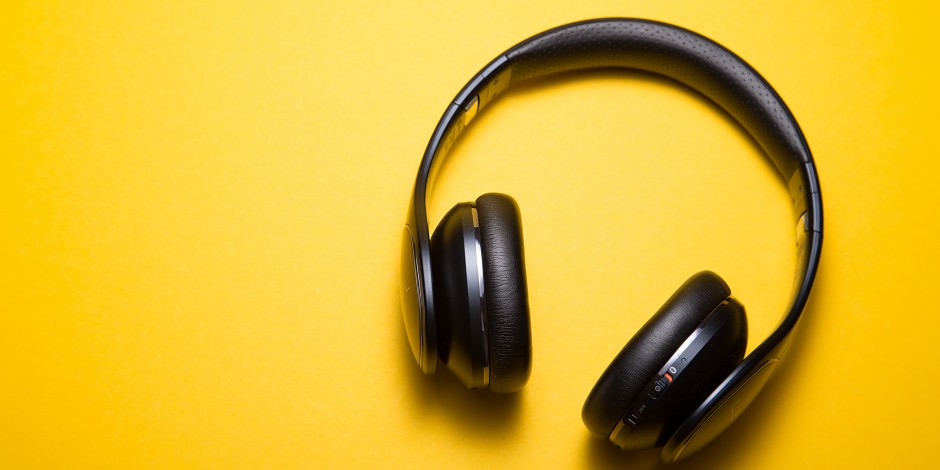 In recent years, audio advertising has been boosted by streaming services such as Spotify and SoundCloud, a surge in podcast popularity and a radio renaissance. And though this is a market whose origins date back to the first radio ad being aired in the US in 1922, it is one today embracing change.

Consumers are said to forge an emotional connection with audio, whether that be through music or particular radio stations and presenters, granting marketers a prime opportunity to capitalize on those positive emotions and ingratiate their product with listeners.

As we've seen already in 2019, new opportunities are emerging constantly in this space for brands and agencies to exploit. Here The Drum tracks the latest trends in audio advertising across four major platforms: radio, podcasts, streaming services and voice.

Despite murmurings over the supposed death of radio, the OG of broadcasting has silenced the naysayers and come back swinging. The medium has been rising in popularity in recent years, with radio hitting record revenue levels of £700m in 2018 in the UK.

At the beginning of March, Bauer Media announced the launch of Country Hits Radio, the UK’s first national country music radio brand, at the height of a renewal of interest in the genre. At the recent Radiodays Europe conference, Paul Keenan, CEO at Bauer Media UK and European Radio commented on the continued appeal of radio: "We must challenge ourselves to think differently, and renew how we work. Radio is the master of reinvention, the ultimate adaptive medium and commercial radio has proved itself to be agile and opportunistic in launching new services“. Keenan goes on to discuss the safety of advertising on radio in the current culture of fake news, and that radio advertising is a hugely effective brand building medium for advertisers.

Similarly, advertisers seem more attracted to commercial radio than ever before, an interest which is illustrated by Chris Evans’ move from the BBC to the commercial world with Virgin Radio. However, fearful of backlash over ads during his show, the broadcaster opted to go ad-free and instead run regular branded content for its sponsor, Sky.

Despite the success of this move, the space remains open to innovation. We are now seeing radio stations like iHeart and NPR cashing in on the popularity of podcasts in a bid to boost ratings.

Although radio may not be the first channel to spring to mind when implementing your advertising strategy, it should not be overlooked; the emotional element which guides the public’s choice of radio station is still an influential touchpoint. Freddie was right – it really is yet to have its finest hour.

Research conducted by podcast company Acast has indicated that nearly a quarter of UK adults have listened to a podcast in the past month. And significantly, of that number 76% said that they have followed up on an ad or sponsored message from the show. Figures like these denote podcasting’s surge in popularity. This is recognized by tech giants such as Google and Spotify, who continue to invest in podcast firms to broaden their audio offering. The latter recently made its third podcast acquisition in Parcast, a move expected to take its paid subscribers past the 100m barrierand help populate it with inventory users are less likely to skip.

Moreover, a recent study by the IAB and PriceWaterhouseCoopers revealed that the revenues from programmatic audio ads in podcasts were in excess of $220m in 2017, which makes for a staggering 85% increase on the same figures from 2016.

Advertisers must not miss the beat on this one: evidence shows that podcast listeners are predominantly young, well-educated and at the higher end of the earning scale. This generates a self-formed target demographic for brands. As with radio, podcasts are selected by their listeners and thus we find the same degree of trust and emotional investment present in these choices. This is recognized by Joe Copeman, Acast’s UK country manager, who told The Drum columnist Samuel Scott: “The intimacy of the medium and unique personal relationship podcasters have with their audiences make it the perfect environment for brands to cut through.”

He also touches on the commanding nature of the podcast, and the unlikelihood of listeners to be engaged in distracting activities as they tune into their podcast. As such, this makes brand messages conveyed over the medium far more likely to resonate with the audience.

However, marketers must tread carefully; these listeners are wise to advertising tactics and will not be convinced by gratuitous product placement. It is essential that marketers home in on the nature of their product and drive only relevant ad campaigns via podcasts.

Now more than ever before the public is seeking alternatives to traditional TV and radio services, with platforms such as Netflix, Spotify and Amazon Prime enjoying unprecedented levels of success.

Currently Spotify boasts nearly 200 million listeners every month, of which only half pay for its Premium ad-free tier. This makes the other 100 million listeners a viable target for targeted audio advertising. Other streaming services like SoundCloud and Pandora have followed suit, offering private marketplaces to buyers looking to purchase ads programmatically.

Companies like Spotify collect listeners’ user data, allowing marketers to target specific groups of users based on their age, gender and listening habits. Contrary to more dated forms of audio like radio, this enables advertisers to track the performance of their ads in real time, leveraging reporting tools to inform them on how many people listened to their message and if they took action.

The platform’s people-based advertising approach has revolutionized the way marketers appeal to audiences, and its usability on mobile devices allow marketers to draw on even the most intimate of audience details such as location and mood. Additionally, in 2017 the streaming service launched what it called the first self-serve platform for marketers to establish and manage their audio ad campaigns.

Although still in its infancy, voice tech is developing at breakneck speed and becoming increasingly popular. Amazon has stated that 100m Alexa devices have been sold and Apple has reported the use of Siri on over half a billion devices, indicating a shift in the public’s attitude towards voice activated search.

Widely cited research from ComScore predicts that by 2020, voice will make up 50% of all searches, though these figures have been contested by industry observers.

In place of the age of information, we find ourselves now in the age of experience; it is no longer enough to inundate audiences with brand messaging – marketers must understand the user’s journey and the factors impacting it. And with hardware like Alexa, marketers can gather useful insights in order to improve their customer targeting.

For many, the traditional ad format simply must be tweaked to adapt to voice tech, with its goal being to improve people’s lives or make the shopping experience easier. Additionally, as a platform that is significantly less saturated with ads, this provides businesses with ample space to have their voice heard.

However, some industry experts have expressed doubt over the viability of the platform for audio advertising, with Christi Olson of Microsoft stating that the degree of trust between the consumer and voice tech simply is not yet there.